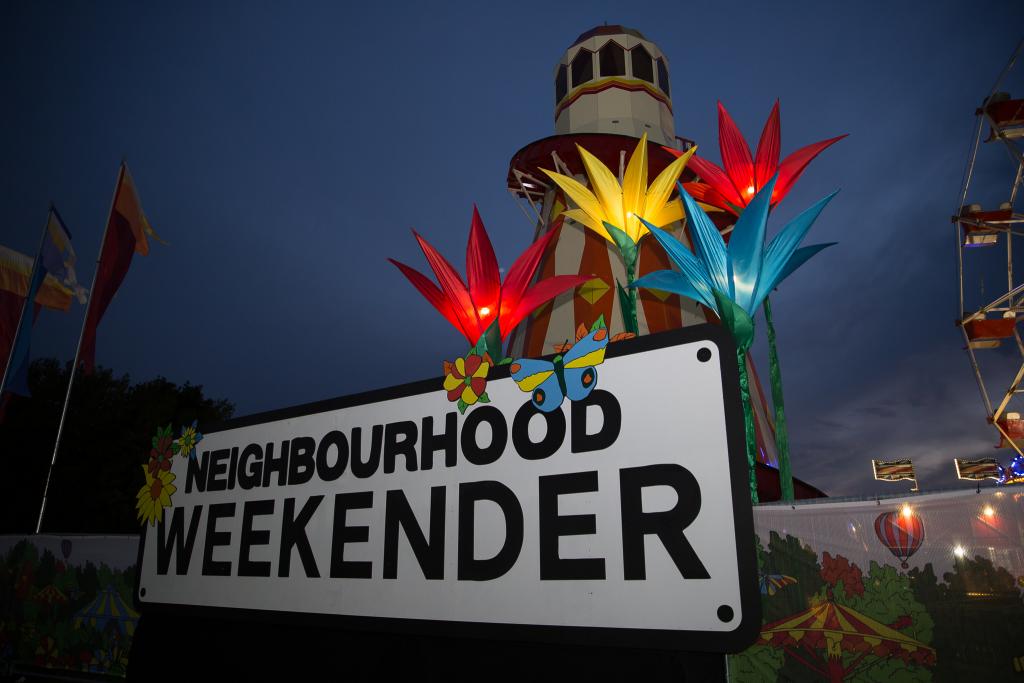 Get yourself strapped in for another roaring weekend of indie magic as Neighbourhood Weekender Festival returns to Victoria Park, Warrington, this May (25th-26th). Boasting a line-up of some of the biggest bands and hottest up and comers, you will not be disappointed with what this year’s festival has to offer. With two days packed full of great tunes and memories to be made, this is sure to be a highlight of the summer 2019. If you are into skinny jeans, electric sounds and unforgettable live performances, this might just be what you need. So follow the link at the bottom of the page to get you and your friends involved.

So who will be playing Neighbourhood Weekender festival. Well this year’s line up is particularly star studded. Top of the bill, Brit singer-songwriter extraordinaire George Ezra will be demoing his guitar and vocal stylings for all you lucky fans. With eclectic influences such as Bob Dylan and Woody Guthrie, Ezra has a baritone voice that you would not expect from a Hertfordshire lad. First showcasing his bluesy and soulful skill set in the talent breeding ground of Bristol, Ezras debut album Wanted on Voyage became the third best selling UK album of 2014.  Second album Staying at Tamara’s reached No.1 both in the UK and in eight other countries. With crowd pleasing singles such as Shotgun and Paradise, Ezra has become an unstoppable phenomenon. Catch him this May while you can still afford it.

Iconic Scottish rock band Primal Scream will be bringing their truly unique sound to the festival. The groundbreaking group previously described as a cultural revelation have innovated like no other. With early beginnings in the Byrdsy sounding debut indie album Sonic Flower Groove, the group went on to break genre with massively influential albums such as the acid house infused Screamadelica which won the first ever Mercury prize. Nearly thirty years later, with 11 studio albums to their names, and a powerful back catalogue, the critically acclaimed group will be performing for you lucky people this summer.

Britpop trailblazer and nineties era definer Richard Ashcroft will be headlining. He is perhaps best known as the brilliant brain behind The Verve, and seminal hits as The Drugs Don’t Work and Bittersweet Symphony; a record equally famous because of a vicious court case with The Rolling Stones. Since The Verve days Ashcroft has built a very successful career as a solo artist with three UK top three albums. The influential impact Ashcroft has had on the UK scene is undeniable. We hope his set this summer will be a compilation of exciting new material and nostalgic nineties anthems.

Indie royalty The Vaccines will also be showing off their cool electric sound. Infecting the nation from their very first single Post Break-Up Sex, the London outfit then went on to storm the charts with debut album What Did You Expect From The Vaccines. The album became the biggest selling first album of 2011 solidifying their reputation as indie superstars. Since then the group have continued their ascent, touring with the likes of The Rolling Stones, Arctic Monkeys and Red Hot Chili Peppers. Drawing comparisons with The Ramones and The Strokes and with nearly 2 million records sold worldwide, The Vaccines are sure not to disappoint this summer.

If you are local to the Warrington area, getting to the site could not be simpler. Victoria Park is easily accessible from the town's centre via the A50 Knutsford road. The route will be sign posted so don’t fret, but parking will be limited so get there early. If you wanna leave your car at home, walking to Victoria Park is very easy at about 20 mins from Warrington Central Train Station. If you are traveling across the country we advise taking the train or coach as there are excellent connections. Warrington is under half an hour from Liverpool and Manchester by train. You can even purchase your ticket and coach transport as one package. Follow this link to book coach travel:

Tickets are on sale now but we can’t guarantee they will be available forever. So follow the link at the bottom of the page to the official site and book yourself in. We have been advised by festival organisation to make you aware that fake tickets are being retailed on unofficial websites. To avoid being scammed be sure to purchase only from one of the official sites listed here https://nbhdweekender.com/info rmation/

Neighbourhood Weekender Festival 2019 will be held on the 25th-26th May in Victoria Park, Warrington. More information can be found on the official site :