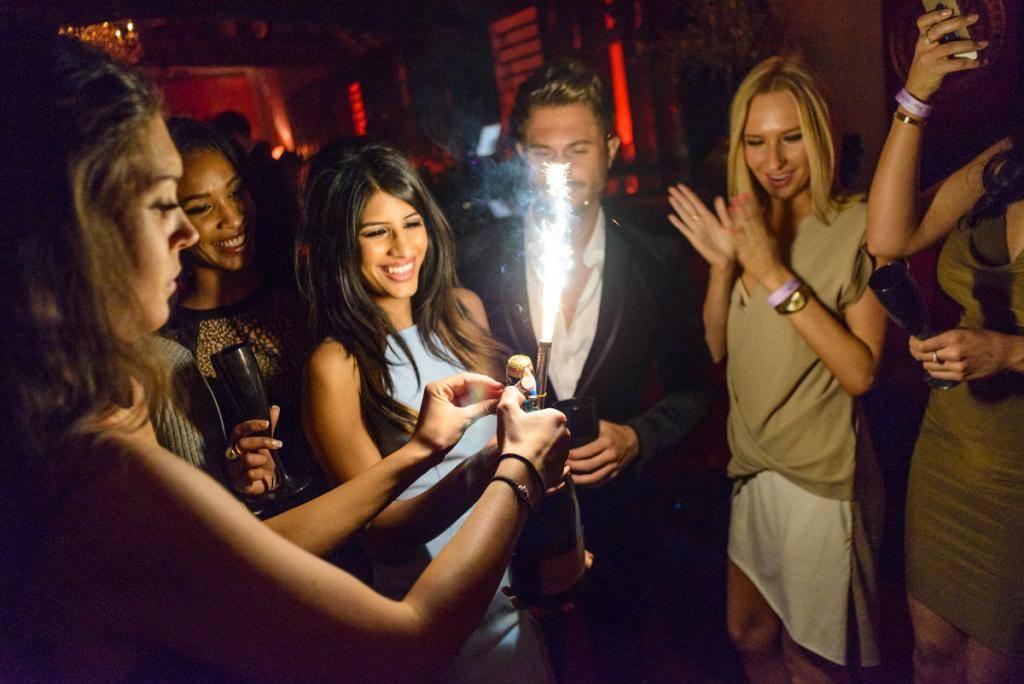 Top 10 Nights Out in Essex

For some cracking nights out followed by pie and chips, it's true: the only way is Essex.

Essex was considered to be the party capital of the South East way before the TOWIE lot officially made it the place to be. No other county is as welcoming (expect to make a new best friend in the queue for the loos), and the nightlife scene is as varied as the people you'll meet in it. Thinking of visiting this infamous county? Here are our top picks for some of the best nights out in Essex...

Faces has to be one of the most talked about venues in Essex. Being on the outskirts of London, expect famous faces every week from the world of sport, fashion and entertainment (because we all love a name dropping sesh, don't we?). Much like Essex itself, this really is the only place to be. At Faces, you're spoilt for choice with six bars, two rooms of music, VIP tables and the latest technology in a setting of style and splendour that will keep you coming back for more. Kick off the night in Visage 80s Bar for the ultimate Essex night out. Banging!

The exclusive Club 195 is one of the trendiest clubs in Essex, combining the decadence of the West End with the relentless Essex party lifestyle. Club 195 consistently offers the most elite night out in Essex, with an influential crowd and the chance to mix and mingle with more celebs than any other club in the area (Gemma Collins, hello?!).

CTZN has long dominated the Essex nightlife scene, and its iconic weekends are the talk of every town, not just Chelmsford. CTZN boasts over two floors of dancefloors, music and profile, with frequent headliners and a strong resident DJ base. Head over to The Slug and Lettuce beforehand, as this popular restaurant transforms into one of the city's liveliest venues by night. You'd be proper muggy not to.

Southend is Essex's very own East Coast (ish), with the beach never more than a stone's throw away. Thanks to the notorious British weather, Southend can't guarantee long, hot days by the sea, but it can certainly deliver a cracking night out. MooMoo is Southend's latest addition to the nightlife entertainment scene. This brand new club boasts three great rooms to enjoy: Boutique, the essential clubroom playing all the latest House and Dance anthems; Fever, a classic disco playing the best pop and party favourites; and Kukui, a Tiki paradise playing the latest RnB anthems all night long. That's a bit of you, that is!

From the team that brought you London's world-famous Rah Rah Room, Coco Southend promises a night out like no other. Featuring world-class entertainment, Coco is the ideal venue to get messy with friends while providing a unique twist to the typical Essex night out. Coco is the place to be on Friday and Saturday nights: incredible entertainment followed by sets from their resident DJs. Get in the prinks at East Coast Social, a nearby bar serving everything from craft beers to signature and classic cocktails. Proper naughty!

Made famous by Love Island ("ROMFORD!"), this town on the outskirts of London has lots to offer. Romford has the capital’s largest night-time economy outside of central London, and ATIK is the town's largest nightclub. This venue hosts the biggest DJs and acts on the scene, with themed events and regular drinks offers making it the perfect place to go large with mates. Kick things off in The Slug and Lettuce (obvs) to ensure a sick night on the town.

You've been living under a rock if you haven't heard of Unit 7: the jewel of Bas Vegas. Following a £3m refurbishment in 2015, which increased the club's size by 50%, Unit 7 houses three separate clubrooms, a rooftop bar and a variety of exclusive VIP booths. Expect countless selfies and revellers dressed to the nines, because Unit 7 is about as Essex as it can get #welljel

You heard it right, there's more to Colchester than just a zoo (although who doesn't love a trip to the zoo, right?!) ATIK, Colcheser, prides itself on its variety of rooms of entertainment, making it the ultimate late-night clubbing experience for the people of Essex and beyond. Boasting an unbelievable atmosphere, amazing sound quality, astonishing lighting and the best DJs in the area,  head to ATIK for an Essex night like no other. Nice one, bruva!

Popworld is widely regarded as the nation’s favourite party venue, with 31 venues up and down the country. It opened its doors to the pop-loving public last year, so is still hot off the press. Famed for being a venue unlike any other in the city, Popworld prides itself on colour, cheese and pure fun, with the biggest light-up dancefloor of any Popworld in the country. Their slogan is ‘Ain’t No party Like A Popworld Party’, and they might just be right. Grab a few prinks at nearby bar, Walkabout, and you're on to a winner, mate.

Ready to hit the Essex cobbles? We thought so! Head over to https://licklist.co.uk/bars-in -essex to learn more about your soon-to-be favourite Essex venues, and we'll see you in the loo queue. Let's have it!