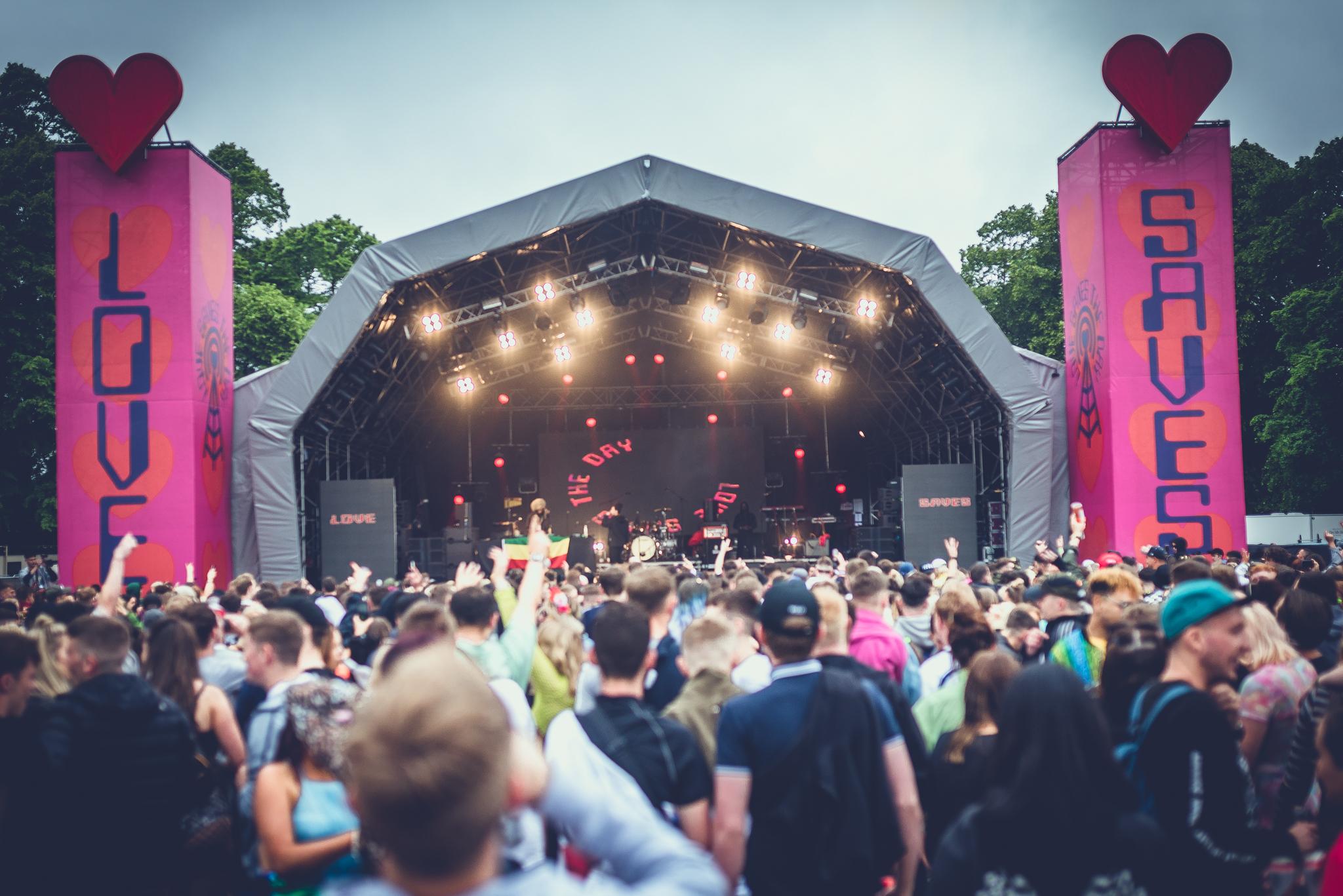 On the last weekend of May, Love Saves The Day returned in glowing fashion to Eastville Park.  Now in its 8th year, the festival has become something of a cultural mecca and a Bristol institution. Despite LSTD being the biggest event in the area, it was quick and easy it was to get in which was a pleasant surprise. No 3 hours queues or aggressive security ruined the 2-day fest for us before it started. It was great to see that steps were in place to cut down on single-use plastics this year. All the bars shared a handy refillable plastic pint scheme which also hopefully made cleaning up easier.

As the fest kicked off on Saturday energy levels were already at a high among the bucket hatted crowd. The transformation of the Paradiso stage shocked us when we first entered for a dance. Last year’s dark, sweatbox tent was gone. The bright, greenhouse in its place with a lush wall of greenery above the DJ booth was spectacular. The comfortable atmosphere meant tons more people stayed at Paradiso all day. Chaos in the CBD was first to the stage.  They won the crowd over with a set full of cutting bass lines, warm house and Euro-influenced trance. It was a fantastic set to be a part of.

Afterward, we followed the sea of people to the main stage to see the stylings of cocksure Camden musician Jimothy Lacoste. With a swaggering stage presence and a bedroom honed mix of monotone rap and simple backing melody, we were hooked. To my increasing irritation, I found his hypnotic hits like ‘I Can Speak Spanish’ and ‘FUTURE BAE’ buried in my head for days.

Taking in the scenery of the BUMP disco roller ring and loading up on some god tier mac ‘n cheese from Al-Mac we returned to the main stage to catch Maribou State. The EDM Hertfordshire duo spun a soundtrack full of soft beats and positive, summer vibes. Their easy warm presence and ethereal sound made for a powerful audience experience.

Finishing off Saturday we took in the headline set of noughties royalty Lily Allen. She was on top form off the back of last year’s powerful comeback album ‘No Shame’, which received a Mercury Award nomination. The performance was a nostalgic trip full of fan favorites such as ‘Smile’ and ‘Not Fair’. She also proved her foot still to be firmly on the pulse by dedicating her 2009 anthem ‘Fuck You’ to Theresa May over Grenfell. The singer's performance was both strong and vulnerable. To a crowd who have grown up to her witty, sometimes cutting but always honest lyrics, it was an emotional moment.

We started Sunday a little worse for wear by checking out Brighton rapper and slick wordsmith Ocean Wisdom. The speed that he delivered the rapid-fire bars of hidden gems such as ‘High Street’ was ridiculous. Hyped up with by the energetic crowd we soon forgot all about yesterday's hangover. Returning to the Paradiso stage we took in the smooth talent of Korean DJ Peggy Gou. Even though Bonobo was headlining Paradiso, Gou owned the stage that day. Seamlessly switching between techno, house and rave vibes, Gou created an electric atmosphere. With such a fluid style it was easy to see how she is one of the scenes fastest rising stars.

Back at the main stage, we had the pleasure of seeing NOT3S performing his silky velvet ballad ‘My Lover’. The moment was one of the most uplifting of the whole fest with the crowd singing back every lyric. Drum & bass heavyweights Chase & Status took to the decks to bring LSTD to an end. Ragga DJ General Levy accompanied them with Skibadee and Shabba D MCing. They packed the RTRN II Jungle DJ set full of fan favorites and everyone was skanking by the end. Alongside the anthems we all know and love, they also tested some of the long-awaited new album. This was amazing to be a part of and the perfect way to finish off the fest.

Love Saves The Day was a blast from start to finish. From our smooth hassle free entry to the friendly crowds and special artists' sets. With organizers raising the bar every year, LSTD never fails to kick off the summer in style. We look forward to next year’s event.