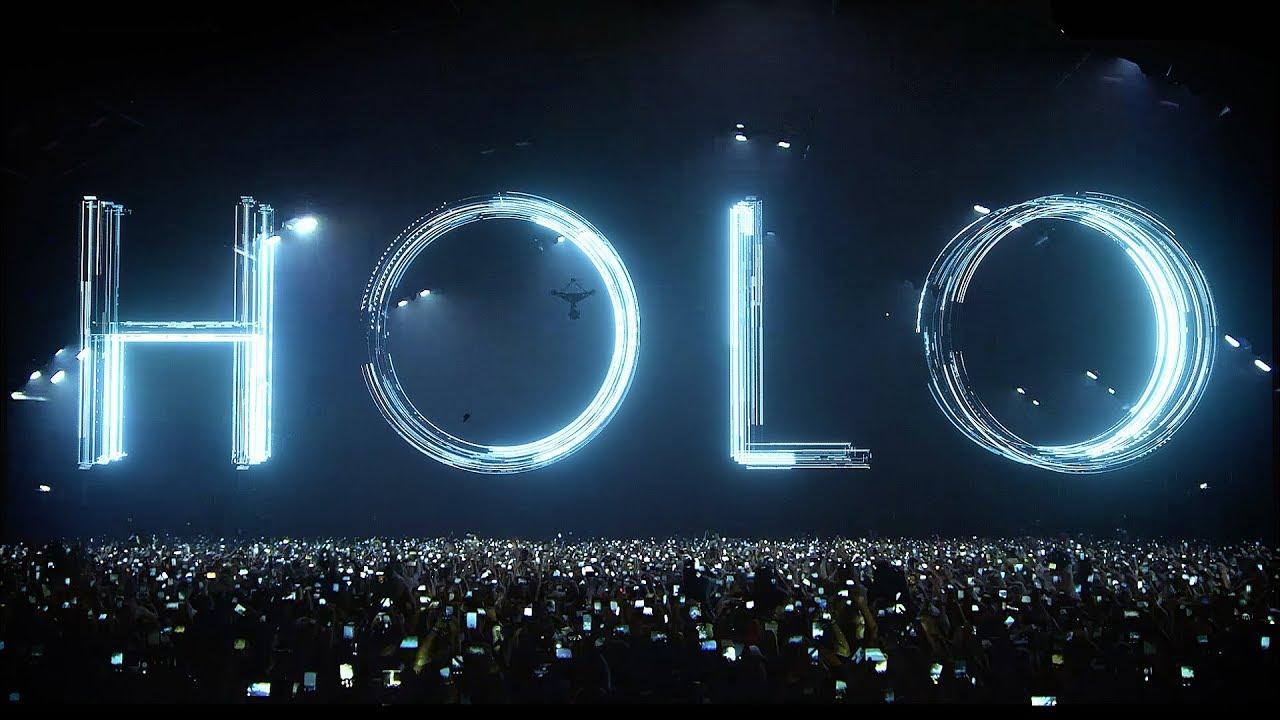 Last month Eric Prydz took over the Steel Yard superstructure in Finsbury park  for the London edition of his HOLO show . The demand to see the global dance innovator performing was massive. Fans pounced on the opportunity with the full 15,000 tickets selling out in 72 hours flat. No other Steel Yard artist has accomplished this feat.

But Eric Prydz is not your run of the mill performer. Starting off as a member of Swedish House Mafia, he went his own way before they got famous. His 2004 dance floor filler hit ‘Call On Me’ stayed at the top of the UK charts for 5 weeks shooting him into the spotlight.  Since these early beginnings his career has gone from strength to strength. In 2017 the Electronic Music Awards  recognised his talents awarding him the ‘DJ Of The Year’ award.

With the HOLO show Prydz is showcasing years of behind the scenes development. The state of the art holographic and audio, visual technology allows Prydz to replicate the same immersive live experience wherever he goes.

On the promising sunny Saturday of May 26th Eric Prydz came to London. The event began with a showcase of talent from the likes of Alan Fitzpatrick, Cristoph, George Fitzerald and Tiga. By the end of their performances the crowd was primed for the main event . With soft background music building the Steel Yard began to pack full of people. The music cut off leaving nothing but the whispers and shuffling sounds of the sea of people. After what seemed like half an hour had passed Eric Prydz stepped out.

Prydz jumped straight in with a series of Pryda ID’s accompanied by the first visuals of the evening. A gigantic holographic face floated above the crowd. Next a giant 3D cube materialised. Audience members were reaching up, trying to grab the apparitions.

In an unforgettable moment that captured the room, Prydz played an ID from Cirez D, his alias alongside techno wizard Adam Beyer. Each hand in the crowd was holding a phone, trying to capture every second of the performance.

Prydz demonstrated his powerful remix ability halfway through the set. Skillfully merging his track ‘Genesis’ with Eurythmics classic ‘Sweet Dreams’. The massive crowd reception was overwhelming. As they sang back every lyric of the cult anthem as a mind melting hologram of Jupiter flew overhead. Following up this perfect moment Prydz played ‘NOPUS’ ID.  This was met with real positive appreciation from the audience. The whole dance floor was cutting shapes in spectacular fashion.

Controlling the crowd like a well-trained conductor, it was at this point that Prydz began spinning his track, ‘Pryda Terminal 5’ ID. The pulsing chords sent a powerful vibration through the mass of people. When the energy in the room reached its peak, a wave of strobe lights cut through the air. A ridiculous laser show followed flashing light over the structure like a lightning storm.

Prydz steered the wave of euphoria that had taken over the audience. He next dropped one of his newer releases; a remix of ‘Breathe’ by Camelphat & Christoph. Complementing the building energy of the remix, a projected starry sky spread out above the audience. As tension built towards the tracks drop, the stars disappeared leaving the room pitch black. But at the point of the drop a violent array of red lasers appeared burning through the space. The choreographed visuals and light displays made every track an immersive experience

On the homeward stretch, Prydz brought the energy level down. He paid homage to his number one fan James Lillo who sadly passed away from cancer 3 years ago. An image of James was displayed above his booth as he played his emotional tribute song 'Lillo'. It was a powerful moment that showcased Prydz connection with his music and the fans that follow him.

As a final surprise the trademark astronaut hologram appeared overhead signaling the start of the last track. In the background you could hear the melody of iconic ‘ Pjanoo’. But as the audience began to jump, Prydz mixed things up one last time. Seamlessly tracked onto the chords of ‘Pjanoo’, his smash hit ‘Everyday’ filled the room. With the whole audience singing back the lyrics and jumping in time, it felt amazing to be a part of that atmosphere.

With that spectacular sendoff Prydz brought the roller coaster set to an end. The immersive experience of HOLO speaks volumes about Prydz creative ability and dance floor understanding. There are very few artists on the planet that pack such a punch in performing style while still innovating and evolving. If you have the opportunity to see HOLO then seize it. This performance is something that you need to experience for yourself to believe.