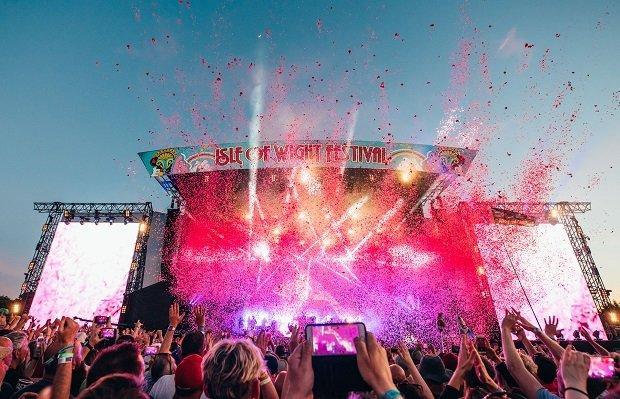 Taking place this year from 13th-16th June at Newport's Seaclose Park, 2019's festival will welcome global, industry-leading artists from the worlds of pop, rock, folk and more. Festival organisers are yet to release Isle of Wight's full line-up, but if the acts announced already are anything to go by, 2019 is sure to be the festival's biggest year yet.

Opening the festival, and headlining the main stage, will be Noel Gallagher's High Flying Birds, who return to the festival for the first time since their incredible performance in 2012. Also headlining the main stage is everyone's favourite singer-songwriter, George Ezra, with what will be his first major headlining slot at a UK festival. His performances are notoriously phenomenal, so Shotgun a space near the front (see what I did there?)

Very special guest, Fatboy Slim, will be making his Isle of Wight festival debut this year. His explosive festival sets are renowned for keeping people raving and repeating until the early hours, so this is an act that's not to be missed. Closing the festival on Sunday will be Scottish rock band, Biffy Clyro, whose epic performances have made them solid festival favourites.

Joining the headliners at Isle of Wight festival will be none other than Bastille, who are taking time out of their busy touring schedule to play to faithful festival fans across the summer. Frankly, it just isn't a festival is Bastille aren't involved, so stop by for what's sure to be a killer performance. Also taking to the main stage will be seasoned pop star Lily Allen, whose latest album is credited with being her best yet. Expect new tracks with some old favourites thrown in (you know that LDN is still a tune!)

After just a few years in the music industry, it's safe to say that Jess Glynne has truly made a name for herself, which is why she'll be performing on the Main Stage at this year's Isle of Wight Festival. There's no place we'd rather be (get it?) As if that weren't enough, festival-goers can also look forward to performances from the likes of Anne-Marie, Sigrid, Jax Jones, Sigala and music royalty, the one and only Rick Astley (insert "Never gonna give you up" pun here).

We know what you're thinking, Isle of Wight Festival 2019 sounds phenomenal and - you're right - it does. Unsurprisingly, tickets are selling fast, so head tohttps://isleofwightfestival.co m/info/tickets to grab yours before it's too late.

See you on the island!